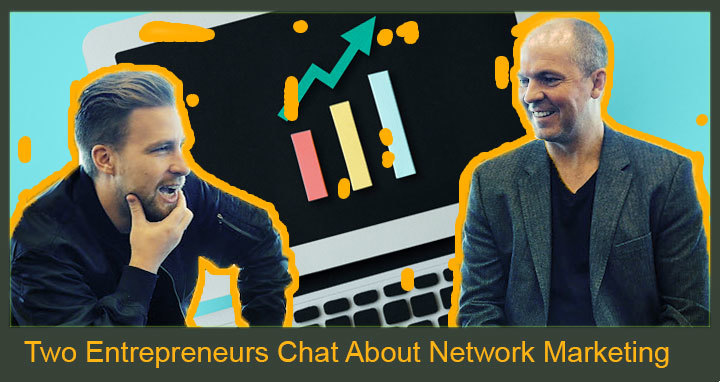 Business growth expert Jack Delosa and network marketer Craig Schulze were together in the Yarra Valley with the Entourage Elevate members which is an elite circle of entrepreneurs. Craig is somebody that Jack wanted to amplify to this audience because he knew many of his entrepreneurial clients would draw inspiration and insight from it. 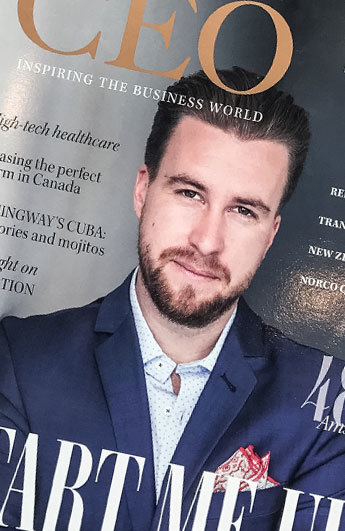 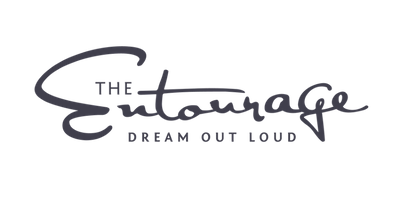 Jack Delosa is the Founder and CEO of Australia’s largest education institution for entrepreneurs, The Entourage, which has a community of 350,000 members. Under his leadership, The Entourage was awarded the 4th Best Place to Work in Australia by BRW magazine.

Jack is also a high-profile investor in growth companies such as Q-Biotics and eMerchants (ASX:EML) and founded The Entourage Growth Fund, which invests in upstart businesses.

As one of Australia’s leading entrepreneurs, he hosts Sky Business series ‘Entrepreneurs’ and has been listed on the AFR Young Rich List since 2014.

In this two-part series, Jack and Craig share their entrepreneurial journey insights. In part one Jack asks Craig all about his transition from traditional business to network marketing.

Craig Schulze is a lifestyle entrepreneur. Jack Delosa often talks about how to build structures and engines that can scale beyond the entrepreneur. However Craig comes at business from a very different paradigm - and he's been incredibly successful going down that path.

Craig's business spans a hundred countries, he's a multi-award winning personal trainer, he's spoken on stages to audiences of over 15 thousand, and he's got an incredible property portfolio - Jack Delosa

PART ONE: Craig's unconventional, counter-intuitive story and how he become incredibly successful in doing it his way.

For Craig entrepreneurship happened from a very young age. He grew up in a small mining town on the west coast of Tasmania and had to leave home when he was about 15 years of age.

I always had to work hard for whatever I've got, and I've always had that entrepreneurial spirit to think really, really big - Craig Schulze

Craig did go down the traditional path of getting a good education, he became an engineer, but after working in the corporate world for 2 years and the experiencing the model of trading time for money and having that fixed structure of turning up to work every day where you're told when you could go home - Craig absolutely hated it.

After five years of university, 2 years into the career I fired my boss and embarked on an adventure where I set up a fitness club, and I always look at that time as a scary moment, you know, it was like I burnt the boats at the time and I had zero business experience, zero life experience at the time really to be running a business, but what I lacked in that area, my dreams, desires and a will for success was quite incredible. - Craig Schulze

3 years into running a fitness club business, Craig was a multi-award-winning personal trainer. He built a great business there, but as all entrepreneurs want more, he was no different.

So, I went out, and I approached the franchisor of the company to help master franchise the business. I ended up working with him on setting up 20 franchises in Melbourne - I owned five of them myself. - Craig Schulze

MOST PEOPLE WOULD STOP THERE AND CALL THIS SUCCESS 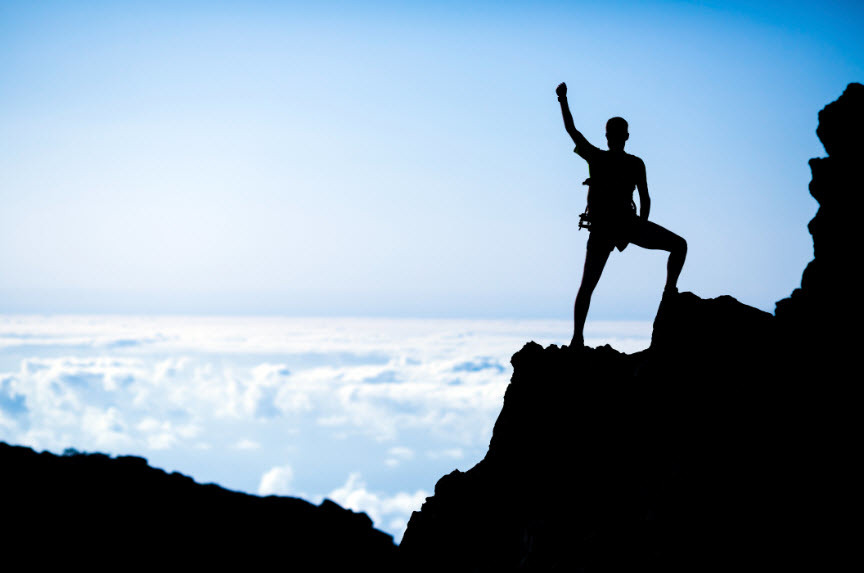 However, for Craig, this was still not enough. Something big was missing. For the return on investment in time and effort - the hours were incredibly long, and quality family time was diminishing in the sea of business responsibilities. The business achievements were racking up, but the lifestyle was heading in the other direction.

But around 2006 was where Craig's life changed dramatically.

I read - or listened to - an audiobook at the time because I'm a very slow reader, and that book was life-changing for me. It was called The Next Millionaires. - Craig Schulze 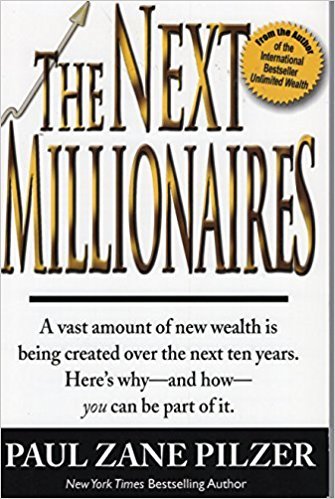 I built a business into a hundred countries, I work from home, and I've travelled to 60 different cities in the world. - Craig Schulze

Fast forward to 2018 Craig has built multiple 7 figure businesses from home, yet is unceasing in seeking further knowledge and self improvement. Craig joined the Entourage with Jack Delosa this year because he wanted to take his business to an even higher level.

I wanted to learn the latest strategies on how you can connect with people, how you build business, and you know, I guess amplify everything that I had already achieved. I had already built a multiple 7 figure business, and I wanted to take it to the next level. That's sort of where we are at, at the moment. - Craig Schulze

The Five critical areas in The Next Millionaires book are what Craig Schulze used do build "by design" a business and a life around.

regardless of what style of business one is building at home, those five key areas are relevant to just about everybody today. - Jack Delosa

Craig highly recommends listening to successful people and following the pathways of successful people - that's the model you need to do. Don't go and work it out for yourself, because it is going to take a whole lot longer of trial and error.

Find someone else's product that you can move

So the home based network marketing, direct selling based industry was a perfect match for leveraging those five areas.

I got greedy and played in all five key areas and became one of the next millionaires. - Craig Schulze

Jack Delosa asked Craig about Jeunesse which is the business he is a part of, which - from a product standpoint - a lot of the different members of the Entourage use, and have loved. Craig talks about how he started with Jeunesse and some key points about that business...

I originally started selling nutrition wellness products to my gym clients, and I was making more money doing that than owning five gyms. My mind was racing on the possibilities. - Craig Schulze

So Jeunesse came along for Craig in 2011, and they were looking to launch their business into Australia...

...and I thought, OK I'll go out and do my due diligence, and I'll meet the owners, I'll look at their whole operations, their whole systems, their whole product innovation, and the thing that captured my imagination was the world first stem cell technology taken to the market.  - Craig Schulze

Craig could see that stem cell technology was rapidly gaining traction in mainstream science, and he seized the opportunity to be a messenger for that research.

And I said if that product works at that price - because everyone wants to look as young as they can for as long as they can - it was going to work and in a big way. - Craig Schulze

So the story has been written now where Jeunesse was the fastest company in history to do a billion dollars in a calendar year - it took six short years to do that...

...which is sort of on target with eBay, Google and Facebook for their first billion dollar years. For me, my life changed dramatically by identifying the timing and putting in a good plan in place. - Craig Schulze

Jack Delosa asked Craig about the perceived stigma around network marketing, and how over the last five years that stigma has dissolved to a large degree...

Craig points out that some people go out and operate with low-level skill, and nearly pester and badger and approach people in a low-class level - this is never a recipe for success.

Like any industry, some people try to "get rich quick" with bad practices that are not a reflection of the industry as a whole.

The network marketing industry is a 180 billion dollar industry, it's been going for a hundred years, and there are 10 thousand plus different companies in the industry - so the good operators will always outnumber that no so good operators.

The biggest takeaway is to do thorough due diligence to choose the right company, the right product, and by following your company's sales training protocols, you will create a win-win situation for your customers and your business.

The key to it is finding the right opportunity at the right time, and because time is your most valuable asset in life, treat it with respect! Do a due diligence process at the same level you would do as if you're going to invest a billion dollars into a company.